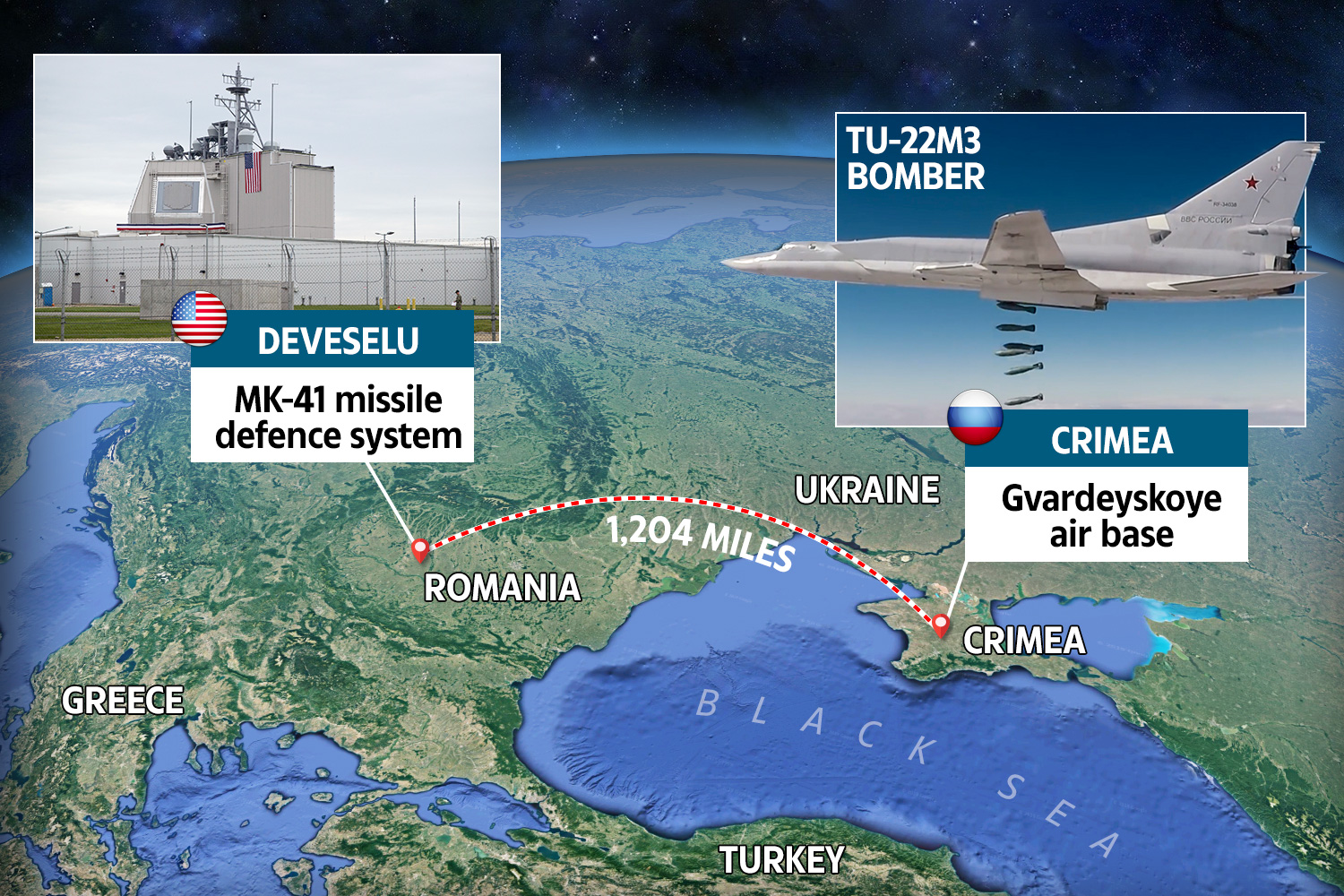 The NATO missile site at Deveselu in Romania (photo), which is part of the US Aegis «defence missiles» system, has finished its « update », begun last April. NATO's communique assures that it has added «no offensive capacity to the system», which remains « purely defensive, centred on potential threats from outside of the Euro-Atlantic region».

The Deveselu is equipped (according to the official description) with 24 missiles, installed in vertical underground launchers, for the interception of short- and medium-range ballistic missiles. Another site, which is to become operational in 2020 at the Polish base in Redzikowo, will also be equipped with this system.

Launchers of the same type are installed aboard four cruisers of the US Navy, which, deployed at the Spanish base of Rota, cruise in the Mediterranean, the Black Sea and the Baltic Sea. The very deployment of these launchers shows that the system is not directed against the «Iranian threat» (as the US and NATO claim), but mainly against Russia.

The fact that this so-called «shield» is not «purely defensive», is demonstrated by the very war industry which built it - Lockheed Martin. They document that the system is «designed to be installed for any missile in any launcher», and therefore adapted to « any mission of war», including «attacks on land-based targets». Lockheed Martin specifies that the larger ramps are capable of launching «the largest missiles, like those intended for defence against ballistic missiles as well as those intended for long-distance attacks». They therefore admit that the installations in Romania and Poland and the four warships of the Aegis system can be equipped not only with anti-missile missiles, but also with Tomahawk cruise missiles with nuclear warheads, capable of hitting objectives thousands of kilometres away.

As documented by the Congressional Research Service (24 July 2019), the four US warships which «operate in European waters to defend Europe from potential ballistic missile attacks», are part of a flotilla of 38 Aegis ships which, in 2024, will rise to 59.

In the fiscal year of 2020, 1.8 billion dollars were allocated to the enhancement of this system, including the sites in Romania and Poland. Other land-based and sea-based installations of the Aegis system will be deployed not only in Europe against Russia, but also in Asia and the Pacific against China. According to the plans, Japan will install, on its own territory, two missile sites furnished by the USA, and South Korea and Australia will also buy warships of the same system from the USA.

Furthermore, during the three months in which the Deveselu equipment was taken to the USA in order to be «updated», a battery of mobile THAAD missiles from the US land army was deployed in the Romanian site, with the capacity to «shoot down an extra-atmospheric ballistic missile», but also to launch long-range nuclear missiles.

Since the Aegis system was recalibrated – according to NATO communications – the THAAD system was «redeployed». NATO did not specify where, but we do know that the US army has settled missile batteries from Israel to the island of Guam in the Pacific.

In the light of  these facts, at the moment when the USA tore up the INF Treaty in order to install intermediate-range nuclear missiles at the borders of Russia and China, we will not surprised by the announcement – delivered in Moscow by Senator Viktor Bondarev, President of the Defence Commission – that Russia has based Tu-22M3 nuclear attack bombers in Crimea.

But almost no-one is looking into this, since, in the EU, all this information is hidden by the politico-mediatic apparatus.
Manlio Dinucci


DECLARATION OF FLORENCE
FOR AN INTERNATIONAL FRONT NATO EXIT