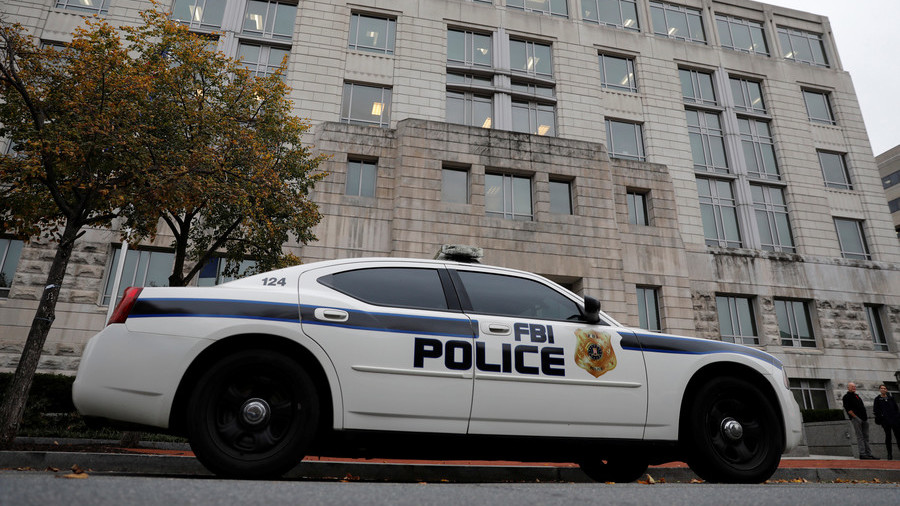 The FBI Washington Field Office is seen in Washington, U.S., on November 6, 2017. © Yuri Gripas / Reuters
Reactions are rolling in after the FBI reportedly lost five months of text messages between staffers who worked on probes into Hillary Clinton's emails and alleged collusion between Russia and Donald Trump's campaign.
News of the reportedly 'lost emails' broke after Wisconsin Senator Ron Johnson, Chair of the Senate Homeland Security Committee, wrote in a January 20 letter that the FBI's technical system had failed to preserve texts sent between two staffers. The texts were exchanged by lawyer-agent Peter Strzok and lawyer Lisa Page, his mistress, in the period December 14, 2016 to May 17, 2017.
Previous exchanges between Strzok and Page, originally obtained by Fox News, referred to Trump as an "idiot" and "loathsome human."
Its release sparked suspicions of the FBI’s bias against Trump and preferential treatment of Clinton after the Bureau decided not to recommend criminal charges for her use of a personal email account while serving as secretary of state.
Michael Doran, a senior fellow at the Hudson Institute, sarcastically referred to the missing texts as a "weird coincidence."He further noted the significance of the missing text messaging period ending on May 17 – the same day Special Counsel Robert Mueller was appointed to take over the FBI's probe of possible collusion between Trump's campaign and Moscow.
Another person tweeted the missing texts are a “convenient accident,” citing other important information that have gone 'missing' while in the possession of the US government.
Rep. Jim Jordan, a Republican from Ohio, used the information to urge for a second special counsel for the investigation. "First the IRS destroyed emails pivotal to our investigation of their political targeting. Now the FBI 'failed to preserve' texts between Peter Strzok & Lisa Page following the '16 election. The time for a second special counsel is now," he wrote.
That sentiment was echoed by Mark Meadows, a Republican representative from North Carolina. “Unreal... If it wasn’t already clear we need a second special counsel, it’s abundantly clear now,” he tweeted.
Another posted on Twitter that the “texts are out there somewhere,” pointing out that the National Security Agency (NSA) “records every phone call, email, and text.”
I am not at all surprised the texts went “missing” and the investigation is a “witch hunt perpetrated by Democrats,” tweeted one user.
The integrity of Mueller’s investigation team has been questioned numerous times, as many of his prosecutors have reportedly made campaign contributions to Clinton and other Democratic candidates. Reports also emerged in December that investigator Andrew Weissmann attended Clinton’s election-night party in New York City.
More from Guest Contributions ↓
Posted by luisavasconcellos2012@gmail.com at 11:37 AM