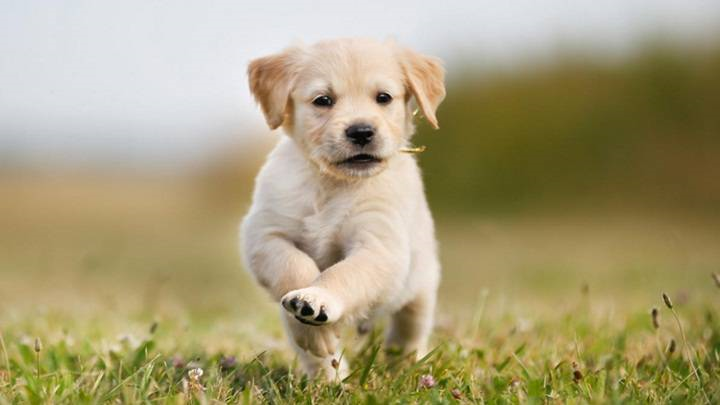 An explosive new tape has just been released of a discussion that is alleged to have taken place in the Kremlin in June 2016. The recording is said to feature the Russian President, Vladimir Putin, the Prime Minister, Dmitry Medvedev, and the Minister of Foreign Affairs, Sergey Lavrov, with the three men discussing how they could interfere in the US election to ensure the election of Donald Trump. A transcript is below.
Vladimir Putin (VP) – Gentlemen, as you know, in a few months the US electorate will go to the polls to elect a new president. One of the candidates, Mrs Clinton, thinks I’m Hitler and wants to destroy our country. The other candidate, Mr Trump, says he wants to “get along with us”. Not hard to see which candidate would be the more palatable, I trust. But the question, gentlemen, is what can we do to make sure Mrs Clinton does not become President? Before I share my thoughts with you both, do you have any ideas?
Sergey Lavrov (SL) – Well, I realise that I might be stating the obvious, Vladimir Vladimirovich, but how on earth could we possibly influence the outcome of their election? It is thought that the candidates will spend several billion dollars between them. I doubt we could ever spend enough to counter that.
VP – And you Dmitry Anatolyevich? Do you have any bright ideas?
Dmitry Medvedev (DM) – Not really, Mr President. I agree with Sergey Viktorovich, but I would also add that if we were to spend the kinds of money needed to have an impact, it would be impossible to hide it.
VP – I understand your points. But what if I was to tell you that I have a plan that overcomes both objections – cost and being found out?
SL – That sounds very exciting, Vladimir Vladimirovich. What is it?
VP – What I am about to suggest is a plot that will completely subvert their democracy, but at practically no cost and no risk to ourselves. Gentlemen, we’re going to run some adverts on social media.
SL – Adverts? On social media? What sort of social media?
VP – Twitter, Facebook, Google perhaps.
SL – Twitter, Facebook and Google?
VP – Yes. And maybe Tumblr and Reddit. Possibly even Pinterest, though I’m not sure whether Pinterest allows adverts.
DM – But Vladimir Vladimirovich. How would this influence their election? We’d have to spend a fortune to make even the slightest difference. And the more we spend, the more chance of getting caught.
VP – But gentlemen, I have already told you that it won’t cost us millions at all.
SL – How so? How can that be?


VP – I’ve done the calculations, and I reckon we should be able to sway the election by spending around, say, $100,000 on Facebook, about $50,000 on Google, and maybe a few thousand on some other platforms.
DM – $100,000 on Facebook ads? $50,000 on Google? But with all due respect, Mr President, Mrs Clinton will be spending hundreds of millions. Perhaps billions. How could we possibly hope to get Mr Trump elected with such a small sum of money? It’s impossible. Don’t you agree Sergey Viktorovich?
SL – Indeed. Perhaps you could explain, Vladimir Vladimirovich.
VP – Of course. The key is to produce adverts that really hit the mark.
SL – You mean targeting people with disinformation about Mrs Clinton?
VP – No.
DM – Then targeting people with praise for Mr Trump?
VP – Again, no. In fact, our adverts will neither endorse Mr Trump nor slander Mrs Clinton.
DM – Then what will they do?
VP – They will take differing viewpoints on a wide range of social issues, such as Black Lives Matter and gun control. Maybe we could even cover transgenderism. That sort of thing.
SL – Black Lives Matter? Gun control? But I don’t think Mr Trump or Mrs Clinton are making these issues a major part of their campaigns, are they?
VP – No, I don’t believe they are.
SL – Then – forgive me Vladimir Vladimirovich for my lack of understanding – how will coming down on a particular side on social issues that are not really being discussed in the election help us stop Mrs Clinton?
VP – But we won’t come down on a particular side. We’ll place some adverts on one side, and some on the other. So we’ll put adverts out which are positive about Black Lives Matter. And we’ll put out some which are critical. We’ll put some which support gun control. And some which back 2nd Amendment rights. See? That way they’ll never suspect it was us, and best of all, we’ll confuse the heck out of them.
DM – Confuse them? Forgive me, Mr President, but you’re confusing me. You appear to be saying that a few thousand dollars worth of advertising on Facebook and Twitter and Google, where we take both sides on issues that aren’t really big issues in the election, could swing the election. How so?
VP – I hadn’t finished, Dmitry Anatolyevich. In addition to placing social issue adverts, we also place adverts about fluffy kittens.
SL – Fluffy kittens??? Fluffy kittens??? And why not cute little puppies as well?
VP – Great idea. Thank you Sergei Viktorovich. That’s the best you’ve come up with today. I can see it now. An advert about adorable puppies. Gentlemen, this will shake US democracy to the core, will it not?
DM – Mr President, let’s see if I’ve got this right. Your plan to get Mr Trump elected is this: We place a few thousand dollars worth of adverts on platforms like Google, Facebook and Tumblr. Not one of these adverts will openly favour Mr Trump. Not one of them will openly criticise Mrs Clinton. None of them will contain any false information. They will come down on different sides of social issues that are nothing to do with the election campaign. And for good measure we throw in some kitten or puppy adverts. This…this is our plan to steal the election? This is how we hope to stop Mrs Clinton from winning? Any other bright ideas?
VP – Indeed, Dmitry Anatolyevich. I haven’t told you the most cunning part of all yet. This will really throw them. We place the majority of our adverts after the election.
DM – After the election? In order to help Mr Trump get elected on November 8th, we place most of our few thousand dollars worth of adverts after November 8th?
VP – Exactly. That way Mr Trump will be elected, we’ll have destroyed their democracy, and they will never suspect what we’ve done. And if Congress and the media start to suspect and air their suspicions, the public will think they’ve gone nuts!
And so the nefarious scheme was put in place. Social media was bombarded with several thousand dollars worth of adverts expressing contrary views on social issues. Subversive adverts featuring adorable puppies were placed to throw the US electorate into confusion. And to top it all off, most of the adverts were cunningly placed after Donald Trump was elected, in order to get him elected.


Update: Doubts have now been cast on the authenticity of this recording. Yet despite this new development, Congress and the US media have pledged to continue their investigations into Facebook puppy ads, even at the tremendous risk this brings to themselves of looking more and more insane every day.
http://www.theblogmire.com/exclusive-explosive-recording-of-nefarious-kremlin-plot/
Posted by luisavasconcellos2012@gmail.com at 5:39 PM