New York Times & Associated Press Admit They Lied
Caught Out, They Had No Alternative To “Yes We Told Lies”

How do we explain a “media” that does its best to destroy the President of the United States in order to prevent him from making peace with Russia?

Washington Post, CNN, MSNBC, and the rest of the presstitutes lied as well and continue to do so.

Who is paying them to foment War With Russia, Syria, and Iran? 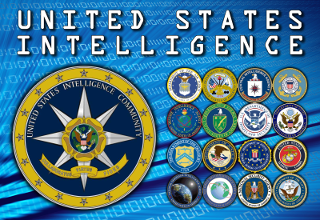 Nearly a year into the hacking scandal, both the New York Times and the Associated Press are finally copping to the fact that this allegation is untrue, and retracting it outright. The AP confirmed falsely making the claim in at least four distinct articles, most recently on Thursday.

In practice, however, the DNI is an increasingly politicized office, and their publications aren’t necessarily in line with actual reality, let alone proof of a consensus among the intelligence agencies. Indications are that the overwhelming majority of the US intelligence agencies were never even involved in assessing the Russia hacks.

Nor would they be expected to be. It would be bizarre if the Pentagon’s intelligence agency, for example, was probing US elections, or if the National Reconnaissance Office, which operates spy satellites looking for missile launches, was chiming in on the Trump Campaign.

It sounded better, particularly for those trying to make this into a bigger scandal, however, to claim that “all 17” US intelligence agencies had agreed on the narrative, because this would give the impression that it’s indisputable fact, as opposed to a heavily politically-motivated assertion backed up by limited circumstantial evidence dug up by a couple of US spy agencies.

More from Guest Contributions ↓
Posted by MICAS at 7:37 PM