INVITATION TO THE INTERNATIONAL CONVENTION FOR THE 70TH ANNIVERSARY OF NATO 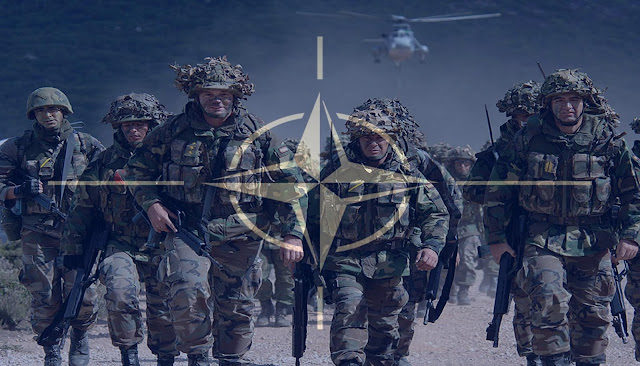 INVITATION TO THE INTERNATIONAL CONVENTION
FOR THE 70TH ANNIVERSARY OF NATO

Organized by
ASSOCIATION FOR A WORLD WITHOUT WARS
Committee No War No NATO/Global Research, Canada
In collaboration with
Pax Christi Italy, Commission of Justice and Peace of the Combonian Missionaries, Magazine/Site Marx21, Italian Section of WILPF (International Women's League for Peace and Freedom), Table for Peace of the Val di Cecina and other associations whose membership is in progress.

Being aware of the growing danger of the world situation, the drama of ongoing conflicts, the acceleration of the crisis, we believe that it is necessary to make public opinion and parliaments understand the risk of a major war.

It would not be in any way similar to the world wars that preceded it and, with the use of nuclear weapons and other weapons of mass destruction, it would put at risk the very existence of Humanity and Planet Earth, the Common Home in which we live.

The danger has never been so great and so close. We cannot risk, we must multiply our efforts to get out of the war system.

The 70 years of «peace» assured by NATO

Yugoslavia: 20 years ago the founding war of the new NATO
The two fronts of NATO to the East and to the South
Europe at the forefront of nuclear confrontation
War culture or culture of peace?

PROJECTION OF VIDEO DOCUMENTATION AND VIDEOMESSAGES

MICROPHONE OPEN TO THE PUBLIC FOR CONCLUSIONS

TO PARTICIPATE IN THE CONGRESS (FREE ENTRY)
YOU NEED TO RESERVE BY EMAIL OR PHONE
YOUR NAME AND PLACE OF RESIDENCE TO:

Email ThisBlogThis!Share to TwitterShare to FacebookShare to Pinterest
Labels: EN -- INVITATION TO THE INTERNATIONAL CONVENTION FOR THE 70TH ANNIVERSARY OF NATO