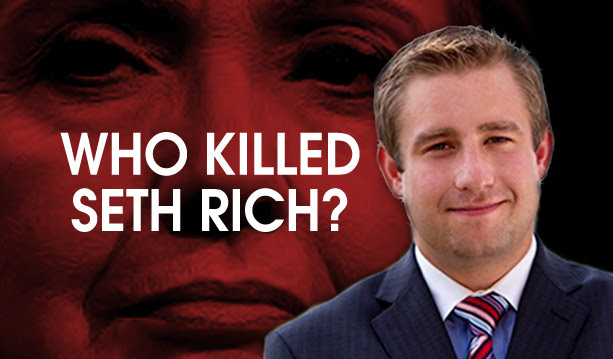 Seymour Hersh Says Report of Russian Hacking Is CIA Disinformation
Investigative reporter Seymour Hersh has confirmed from FBI sources that Hillary’s emails were taken by Seth Rich and offered to Wikileaks for money. Hersh confirms that the fake news story of Russian hacking was a disinformation campaign initiated by CIA director John Brennan. See: http://www.washingtonsblog.com/2017/08/pulitzer-prize-winning-reporter-fbi-documents-show-seth-rich-not-russians-gave-dnc-documents-wikileaks.html and listen to Hersh’s four-letter word account.
Hersh also confirms that the media simply writes whatever the CIA tells them. He says that’s why he quit the New York Times years ago.
Eric Zuesse concludes from Hersh’s report that it is proof that the American oligarchy protects its interests by controlling explanations and deceiving the American public, which is how The Matrix works. https://www.strategic-culture.org/news/2017/08/03/seymour-hersh-cracks-russiagate-as-cia-planted-lie-revenge-against-trump.html

Posted on August 1, 2017 by WashingtonsBlog
We’ve noted for many months that the DNC emails were leaked by an insider, not hacked by the Russians.
Pulitzer-prize winning investigative reporter Seymour Hersh – who revealed in 1974 that the CIA was spying on Americans, who broke the story of the Mai Lai massacre in Vietnam and the Iraq prison torture scandal – said in a recent phone interview linked by WikiLeaks:

[The DC police took Seth Rich’s computer, but couldn’t get past his password.] So they call the FBI cyber unit.
***
The Feds get through [the password-protection on Rich’s computer], and this is what they find. This is accoring to the FBI report.
***
What the report says is that – some time in late spring or early summer – he [Rich] makes contact with WikiLeaks. That’s in his computer.
***
They [the FBI] found what he [Rich] had done was he had submitted a series of documents – of emails, of juicy emails – from the DNC.
By the way, all this shit about the DNC, where the hack, it wasn’t hacked …
He offered a sample, an extensive sample, I’m sure dozens of emails, and said I want money. [Remember, WikiLeaks often pays whistleblowers.]
Later, WikiLeaks did get the password. He [Rich] had a dropbox, a protected dropbox, which isn’t hard to do.
***
They got access to the dropbox. That’s in the FBI report.
He [Rich] also let people know with whom he was dealing … the word was passed, according to the FBI report, “I also shared this box with a couple of friends, so if anything happens to me, it’s not going to solve your problem”.
***
But WikiLeaks got access, before he was killed.
***
I have a narrative of how that whole fucking thing began.   It’s a [former CIA director John] Brennan operation. It was an American disinformation [campaign].

The purpose of those distorting ‘news’ stories might be a desire, on the part of both the Democratic Party aristocrats and the Republican Party aristocrats, to distract the public’s attention away from the far deeper understanding that drives the “narrative” that Hersh, in that clip, is describing: rot by the U.S. aristocracy, which controls both of America’s political Parties, to deceive the American public. The objective is to protect the aristocracy. That’s not publishable; it is American samizdat. Corruption rules America. The public do not. This fact is what Hersh is describing in his “narrative”.
washingtonsblog.com

Email ThisBlogThis!Share to TwitterShare to FacebookShare to Pinterest
Labels: guest