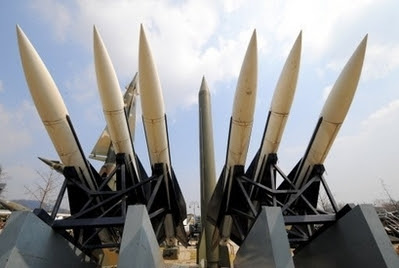 The United States feigned surprise during the simulation of an attack by the Russian aviation against the USS Donald Cook in the Baltic Sea. And yet, as we have reported, Russia already has the capacity to block the ship’s Communications & Commands, and did so, observes Manlio Dinucci, because the ship was in the process of violating the Intermediate-Range Nuclear Forces Treaty (INF). Furthermore, the US nuclear deployment occurred as China is developing hypersonic launchers, a part of whose trajectory will be in glide mode, inspiring new research by DARPA. As from now, Raytheon and Lockheed Martin are participating in the Tactical Boost Glide Program.
The White House is «preoccupied» because Russian fighters flew over a US ship at very close range in the Baltic Sea, making a «simulated attack» – as reported by our news agencies. However, they did not inform us as to which ship it was, nor why it was in the Baltic Sea.
In fact, it was the USS Donald Cook, one of the four missile-launching units deployed by the US Navy for the «defence of NATO missiles in Europe». These units, which are to be increased in number, are equipped with the Aegis radar system and SM-3 interceptor missiles, but also with double-capacity Tomahawk cruise missiles, both conventional and nuclear. In other words, they are nuclear attack units equipped with a «shield» designed to neutralise the enemy riposte. 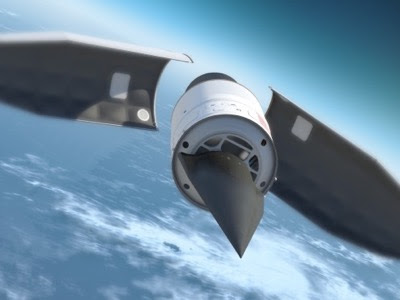 The Donald Cook, which left the Polish port of Gdynia on the 11th April, cruised for two days at scarcely 70 kilometres from the Russian naval base of Kaliningrad, and for that reason was visited by Russian fighters and helicopters. Apart from these missile-launcher ships, the USA/NATO «shield» in Europe, in its present configuration, includes an «advance base» radar site in Turkey, a battery of US ground missiles in Roumania, composed of 24 SM-3 missiles, and another similar battery which is to be installed in Poland.
Moscow has issued a warning – these ground batteries, which are also capable of launching nuclear Tomahawk missiles, constitute an evident violation of the INF Treaty, which forbids European deployment of intermediate-range nuclear missiles.
The United States accuses Russia of provoking «a useless escalation of tensions» with their over-flights – but what would they do if Russia were to send missile-launching units along the US coast-line and install missile batteries in Cuba and Mexico?
No-one is asking this question in the major media, which continues to cloud reality. The latest hidden news – the transfer of F-22 Raptors, the most advanced US nuclear attack fighter-bombers, from Tyndall base in Florida to Lakenheath base in England, announced on the 11th April by the United States European Command.
From England, the F-22 Raptors will be «deployed to other NATO bases in an advanced position, in order to maximise the possibilities for training, and also exercise dissuasion against any action which might destabilise European security».
This is the preparation for the imminent deployment in Europe, including Italy, of more US B61-12 nuclear bombs which, launched from approximately 100 kilometres away, will hit their target with a warhead offering «four selectable power options». This new weapon takes place in the programme for the potentialisation of nuclear forces launched by the Obama administration, which plans, amongst other things, for the construction of 12 more attack submarines (at 7 billion dollars apiece, the first of which is already being built), each one armed with 200 nuclear warheads.
The New York Times reports that a new type of nuclear warhead is currently in development, the «hypersonic glide vehicle» which, on its return to the atmosphere, manoeuvers in order to avoid interceptor missiles, and heads for its target at more than 16,800 miles/hour [1]. Russia and China are following, and developing similar weapons.
Meanwhile, Washington is harvesting its fruit. By transforming Europe into the front line of a nuclear conflict, and, with the help of the European governments themselves, is sabotaging EU-Russian economic relations in order to permanently link the EU to the USA via the intermediary of the Transatlantic Trade and Investment Partnership (TTIP). By the same token, it is forcing its European allies to increase their military expenditure to the advantage of the US war industry, whose exports have increased by 60% over the last five years, becoming the strongest sector in US exports.
Who said that war doesn’t pay?
Translation
Pete Kimberley
Courtesy of Voltaire Net

Dr. Paul Craig Roberts was Assistant Secretary of the Treasury for Economic Policy and associate editor of the Wall Street Journal. He was columnist for Business Week, Scripps Howard News Service, and Creators Syndicate. He has had many university appointments. His internet columns have attracted a worldwide following. Roberts' latest books are The Failure of Laissez Faire Capitalism and Economic Dissolution of the West, How America Was Lost, and The Neoconservative Threat to World Order.
Posted by luisavasconcellos2012@gmail.com at 10:48 AM